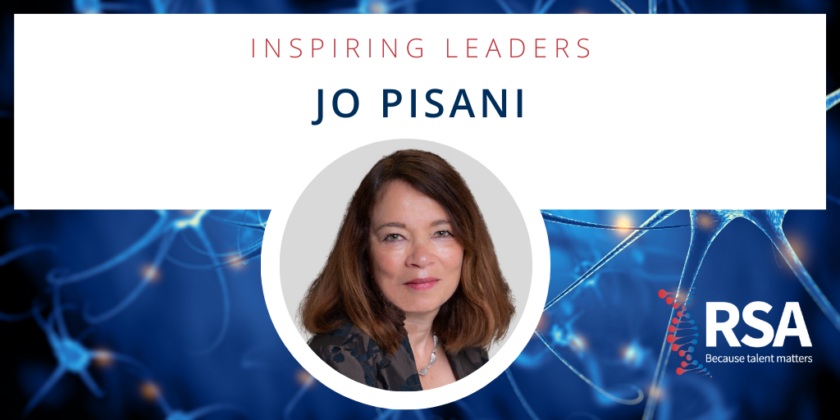 Early influences on my journey into science and leadership

I always liked the sciences at school, and I also loved to take things apart and put them back together again. I would regularly help my father with his DIY, and this was what drove my desire to become an engineer.  Back then this type of ambition coming from a girl was unheard of. I was persuaded to do a Physics Degree at University, to help me to become a teacher.  This was to be the first and last time I ever followed any career advice!

My heart was always in engineering and after I graduated, I was very lucky to be taken on by BP as part of their programme cross-training scientists to become engineers. I did dabble with the idea of becoming an astronaut and even applied for Project Juno, the same one Helen Sharman did. She was the chemist who became the first British astronaut to visit the Mir space station in May 1991. However, my dream was thwarted by my tendency to get travel sick which I’m sure would have become quite an issue in space!

Are you born with leadership skills or are they learned as you develop and grow?

As a child I didn’t naturally veer towards leadership roles, I wasn’t captain of any sports clubs or school associations, I was quite shy. However, I was put into a leadership role in my home at quite a young age when my mother became ill. I had to step up and help look after my younger sister and help my father around the house. My experiences in my late teens gifted me a lot of attributes that I have since developed as a leader. As a result, I entered college much more resilient and with more self-confidence.

Even at College and University I didn’t take on any significant leadership roles, my first taste of leadership was when I started work at BP. I was thrown in the deep end at the tender age of 22 to help rebuild a factory, coordinating and leading a large team. I was lucky to have a very good mentor who believed in me to lead part of the rebuild project. That was a very formative moment for me and helped to shape how I lead others.

How I broke into life sciences

I had worked for seven years in oil, gas and chemicals, I loved it as it was a time when BP was building a lot of facilities and I enjoyed the large-scale project management. I was always fascinated by pharmaceuticals because of the diverse number of products and market dynamics and inspired by how the pharmaceutical industry helps people through the provision of medicines. I was lucky because the early 90’s was a time when the pharmaceutical industry was automating a lot of its manufacturing processes and as an automation engineer in chemicals (which was one of the most automated industries) they wanted me to advise them on automating their production processes to reduce the number of people involved in the process and improve the quality. The door into life sciences had been opened for me because I had a specific skill set.

In the mid 90’s two things happened – 1) The blockbuster model declined in pharma – we had implemented high volume manufacture processes that were almost completely run by robots pumping out one product 24/7 and 2) regulators started questioning the reliability of robots (this started the development of systems validation as a concept).   Eventually the industry realised that it was more flexible to put people back into the manufacturing process. This was a small window of time when my skills as an engineer were really valued and after that I got involved in IT, did an MBA part time and became more interested in commercial roles. All this naturally led into a more strategic focus. I was then headhunted to become a management consultant, which I did for 21 years. I was happy to stay focused on Life Sciences and at the same time satisfy my curiosity with a variety of clients and challenges.

Going from client to agency was an interesting transition because having been a client myself I was very conscious of the need to generate value for the client. I had, over the years, learned to manage a wide variety of people and I enjoyed being a leader in the consultancy space as it was full of bright people with a similar drive for knowledge. I felt like I had insight at my fingertips with global access to data and information.

Good leadership is about knowing your people

What I’ve learned over the years is that good leadership is about knowing your people. In one role I was responsible for human resources for around 450 people and I was surprised that some of the senior people didn’t know their staff, so we encouraged them simply to take team members for a coffee and listen. I would often think back to my BP days and remember that good leaders get the most out of team members by recognising how far they can nudge them out of their comfort zone. If you know your people, you can trust them to take on bigger responsibilities and watch them truly thrive.

We also encouraged an initiative called reverse mentoring. This is where junior staff are trained to mentor senior staff members. Once the senior staff got used to listening, we experienced some real breakthroughs. It opened their eyes to more diversity, different ways of thinking and helped them practically with the plethora of everyday technological advances which digitally savvy young people seem to have in their veins.

What advice would you give to aspiring female leaders?

Publicise yourself – The Tiara complex is: “people MUST be noticing me because I am doing such a good job sat here in the corner with my tiara on!” That’s not reality, people will only recognise you if you speak up and publicise what it is you are doing. Not every woman suffers from this, but it is something that happens. It is about having the confidence to stand up and talk about what you are doing, and you’ll notice that people will be very responsive, they’ll want to hear about what you have achieved and are generally very keen to offer advice. So, I would say, publicise yourself more and you will see better results.

Be authentic – I’ve seen people falter in their career progression because they try to change their manner / their personality and try to be something different. People will see through that and not being true to yourself can be utterly exhausting. Just be you, it’s much easier.

Be quite demanding – When I first had my daughter I pushed to work part-time, it wasn’t really the norm back then, but I insisted I could do it and I did. Don’t be afraid to ask for what you need to make your work life balance work for you.

What about these women-only support groups?

Being an engineer in the mid 80’s I feel like I achieved success despite being in a 10% minority. I tended to shy away from being too prominent in some women-only networks and groups because I always felt like I had made it based on my own merits. However, there are some fantastic, supportive groups out there, helping to mentor and encourage women to rise through the ranks. I have been involved with Miranda Weston-Smith’s BioBeat that features the top movers and shakers in BioBusiness. I also support Women on Boards who are breaking down the barriers to entry to the boardroom and building the pipeline of board-ready women, minorities and like-minded men who come to them for support. Board applications are quite different to job applications and they help members make the right connections and provide useful practical advice. The BIA runs an excellent Women in Biotech networking initiative that helps to connect women across all levels of Life Science.

I believe that whatever your gender, beliefs or sexual orientation, if you have the drive, emotional intelligence and a strong sense of curiosity, you can succeed as a leader. Any challenge I faced over the years gifted me with valuable lessons that I am now able to share and help others grow in their careers. I get a lot of questions about career planning and much of the coaching I do encourages people to focus on their curiosity and self-development rather than channel too much of their energy on stringent career planning as this can sometimes prevent you from grabbing those unexpected opportunities.

My career was not planned, from being encouraged to teach, wanting to explore space, engineering and now Life Sciences. My 21-year-old self would certainly not have imagined what my career has since become!