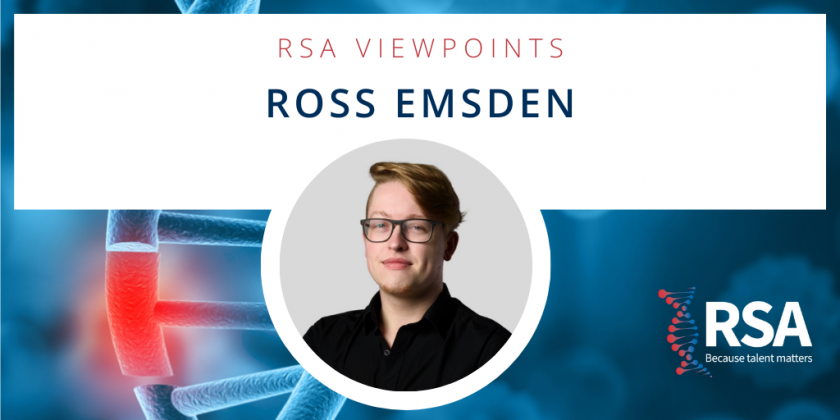 When I learned that RSA wanted to put out a blog post regarding the topic, I seized the opportunity to write it; my family and I have been personally affected by Parkinson’s Disease, so this is my way of giving back to my great uncle, Ernie.

What is Parkinson’s Disease?

Parkinson’s Disease is categorised as a “long-term degenerative disorder”, which directly targets the central nervous system; specifically, the motor system, by killing off dopamine-producing cells which are required to stimulate proper movement.

How these cells are killed is mostly still a mystery, though it has been linked to the build-up of “misfolded proteins” which ultimately become “Lewy bodies” which inhabit the neurons of the brain.

There are two main causes of Parkinson’s Disease, the first being the passing of genes; this is the most common way for someone to experience Parkinson’s Disease, with the affliction stemming from mutations. Overexposure to some chemicals and toxins – like pesticides and herbicides – have been shown to increase the risk of Parkinson’s, but this chance is incredibly small.

The Effects of Parkinson’s Disease

Most people, when asked about the effects of Parkinson’s Disease, often attribute it to rigid movement and tremors that can be present anywhere around the body; they can vary in severity based on the progress of the disease. Much like with my uncle, speech may then also become a problem, in addition to other everyday tasks.

In addition to these visual symptoms, however, the mind can also deteriorate. In the early stages of the disease – primarily due to the adjustment of dopamine in the body – many people with Parkinson’s experience long-lasting depression and dramatic changes to their emotional state.

As a result of tremors, not only do most Parkinson’s sufferers struggle to get an adequate amount of quality rest but their ability to eat and drink is also affected with swallowing and chewing becoming a real challenge.

In the later stages of the disease, difficulties in the thinking process become common, with most Parkinson’s sufferers also experiencing dementia. By this point, hallucinations and delusions can begin to creep up.

My great uncle, Ernie, had Parkinson’s even before I was born; he passed away due to a stroke in 2017, after suffering from the disease for over 20 years… The average life expectancy after diagnosis is between 7-15 years, which has often caused me to reflect on the strength he must have called upon to remain with us just those few extra years.

Whilst the disease made life extremely difficult for him, he never let it stop him from doing the things he enjoyed. Up until we had to provide full-time care for him, he never once showed signs of putting down his gardening tools.

He was always the first to offer when it came to doing DIY jobs around the house that he shared with his sister (my late grandmother) and his nephew (my other uncle). On many occasions, we have recounted the story of finding him fixing the tiles of the roof!

Charities like Parkinson’s UK are currently aiming to deliver a brand-new treatment by the end of 2024, in addition to the therapies and medications that have also been developed. Much of this research is focused on stem-cell and gene therapy, as well as other factors that play a key role in understanding the development of brain cells. You can find out more about the work they are doing, and further information about Parkinson’s Disease on their website, here.